Trump Plaza was a hotel and casino located on the Boardwalk in Atlantic City, New Jersey, and was owned by Trump Entertainment Resorts before it was ceremoniously demolished in February 2021. This establishment was the design of the architect Alan Ladipus, and it was fully functional from May 15, 1984, until September 16, 2014.

For a brief period, Trump Plaza was the most successful casino in the city, but by the time it officially shut down in 2014, it was one of the poorest performing casinos. Today, we are going to talk about the history of this establishment and the events that preceded its demolition. There is a lot to cover, so let us get started.

How It All Began

The construction of the Trump Plaza began in June 1982 by the Trump Organization, a company owned and led by real estate developer Donald Trump. He oversaw the construction process, and Harrah’s, the gaming unit of Holiday Inn, joined this project as a partner one month after the construction began.

The original name of this hotel and casino was Harrah’s Trump Plaza when it officially opened on May 14, 1984, and it was an enormous complex with 614 rooms, seven restaurants, a health club, and a showroom with a whopping 750 seats, all on 60.000 square feet casino. 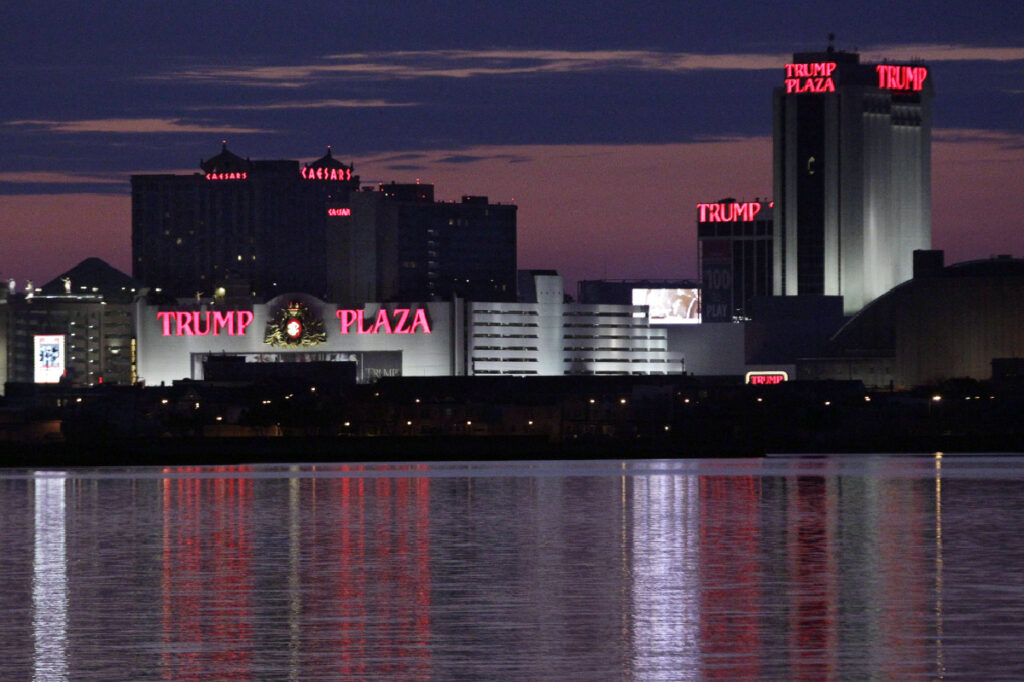 Five months after this establishment opened, it changed its name to Trump Plaza with the goal of avoiding confusion with Harrah’s Marina, which was commonly associated with low-rolling gamblers. Trump also built 85 high-roller suites, but they were rarely used.

The casino did not live up to the owners’ expectations in the first half of 1985, and these results created various disagreements between Trump and Harrah’s. As a result of these events, Trump decided to buy out Harrah’s interest in the property for 70 million USD in 1986.

The unsuccessful launch of the casino did not let Trump waver from the goal of making it profitable. In 1989, he paid 62 million USD to buy the nearby Penthouse Boardwalk Hotel and Casino as well as a hotel tower, formerly Holiday Inn, and a nearby parking lot.

All of these purchases came with a plan to expand the Plaza onto the Penthouse site. Trump also bought the bankrupt Atlantis Casino Hotel, which was separated from Trump Plaza by the Atlantic City Convention Hall. Ultimately, Atlantis was rebranded as the Trump Regency, which was a hotel annex to the Plaza. This was a significant addition to Trump’s hotels. 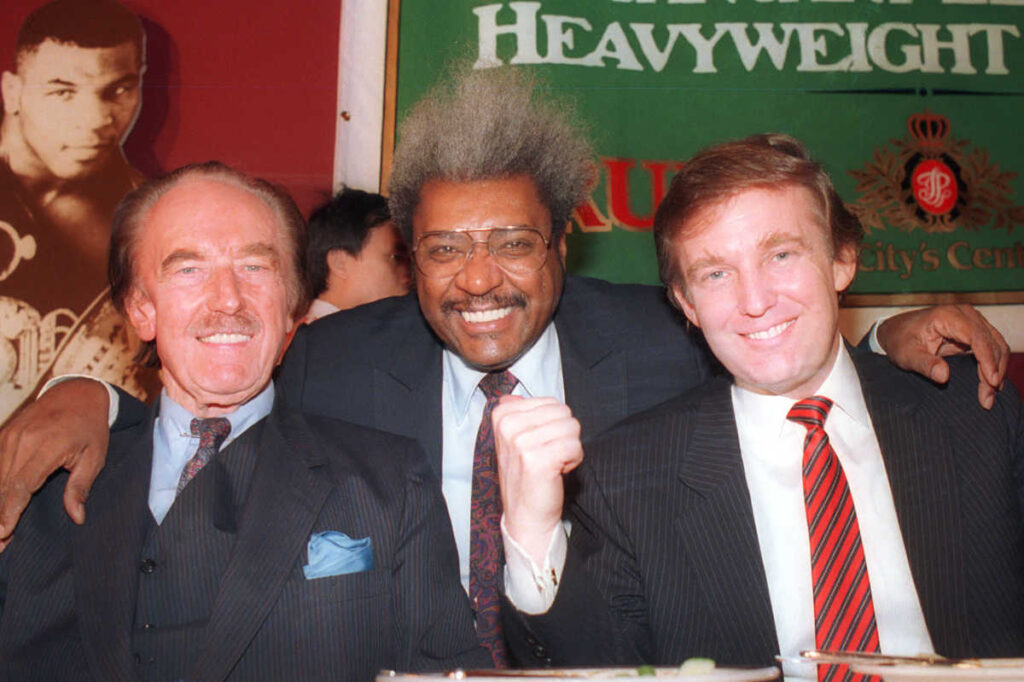 The business was booming, and Plaza hosted the WrestleMania IV and WrestleMania V events in 1988 and 1989. In addition, the hotel hosted 19 professional boxing program events in the period between 1985 to 1998.

The casino was also a host of a notorious card game session in May 1990, when Japanese high roller Akio Kashiwagi lost 10 million USD. This incident was fictionalized years later in Martin Scorsese’s movie Casino.

Trump Plaza’s revenues started to decline heavily in 1990, and it was due to no less than competition created by the newly opened sister property, the Trump Taj Mahal, which was an establishment located a mile away. The casino was struggling to break profit, so Trump negotiated a debt restructuring with Plaza’s creditors.

All these events led to the construction of a 42 million USD expansion, which began in 1993. This plan led to the demolition of the unfinished Penthouse casino, the addition of 30.000 square feet reserved for gaming space, and the renovation of the former Holiday Inn building, which became Trump Plaza’s east tower. 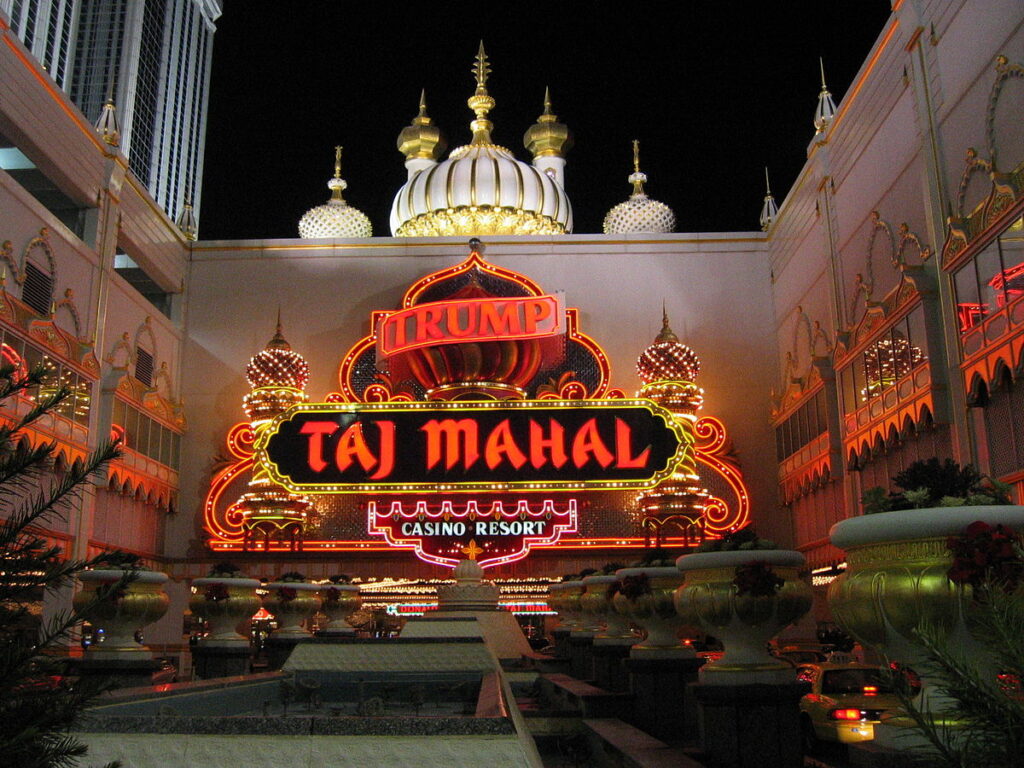 Eventually, in 1995, Trump granted the ownership of Plaza to his new publicly traded company named Trump Hotels & Casino Resorts, and in this deal, the company also got the Trump Regency hotel.

The process of constructing and opening the East Tower was divided into two phases, the first in October 1995 and the second in February 1996. In 2011, Trump Entertainment Resorts stated that they had to make a decision to either renovate, sell, or expand the casino and that the decision would be made in the next couple of months.

Two years later, the company proposed to sell the property for 20 million USD to the Meruelo Group, the company that had big plans to invest a substantial amount of money in this property and rename it. However, the deal was not struck since Carl Icahn, who was a senior lender for Plaza’s mortgage, did not approve the sale for the proposed price.

The year 2014 had massive significance for the fate of Trump Plaza. It was reported that it would close in September if the company failed to find a buyer, which would eventually put an estimated 1.000 employees out of work.

In early August same year, Trump filed a lawsuit and requested that his name gets removed from the facility since it had fallen into disrepair, in violation of the licensing agreement for his name. As many expected, Plaza permanently closed on September 16, 2014, and the closure left over 1.000 employees without their jobs.

Demolition and the End of Trump Plaza

Due to the fact that Trump Plaza fell into disrepair, it was set to be demolished in the spring of 2018. The plan was to demolish everything except the East Tower and the parking garage. However, these plans had been continuously delayed, and several demolition deadlines had passed. 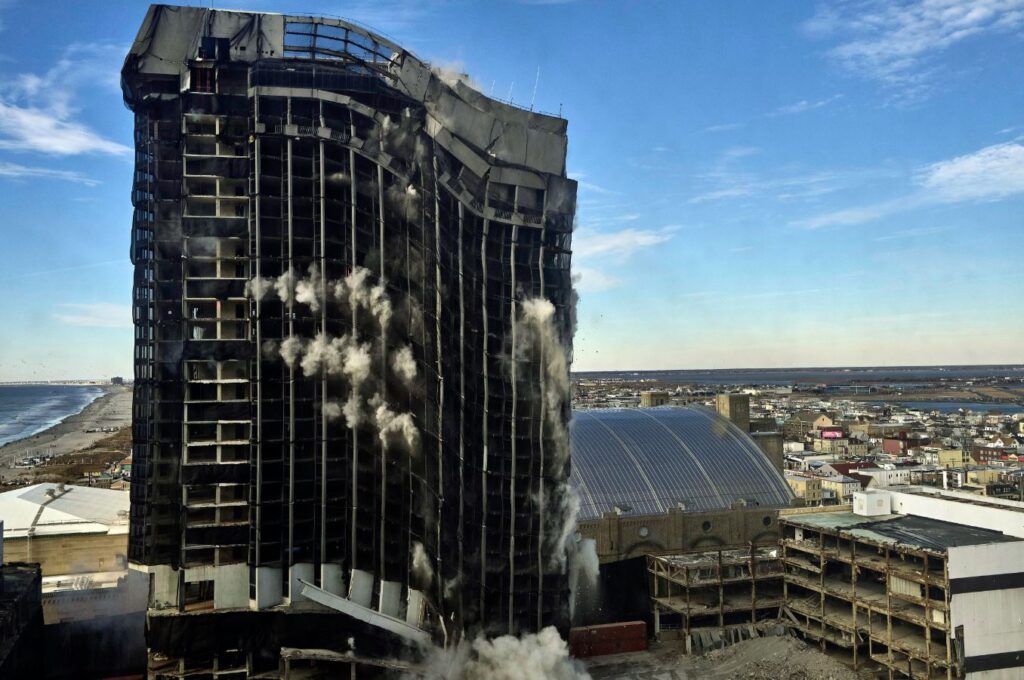 The Atlantic City Mayor at the time, Marty Small, hoped to raise over 1 million USD for the Boys and Girls Club of Atlantic City from this auction, but Icahn’s company, who won the bid, canceled the fundraiser amid safety concerns.

However, Icahn said he would donate 175.000 USD to replace the funds lost from the event. Eventually, on February 17, 2021, in the morning, Trump Plaza was demolished.